The Interplay of Endothelial P2Y Receptors in Cardiovascular Health: From Vascular Physiology to Pathology 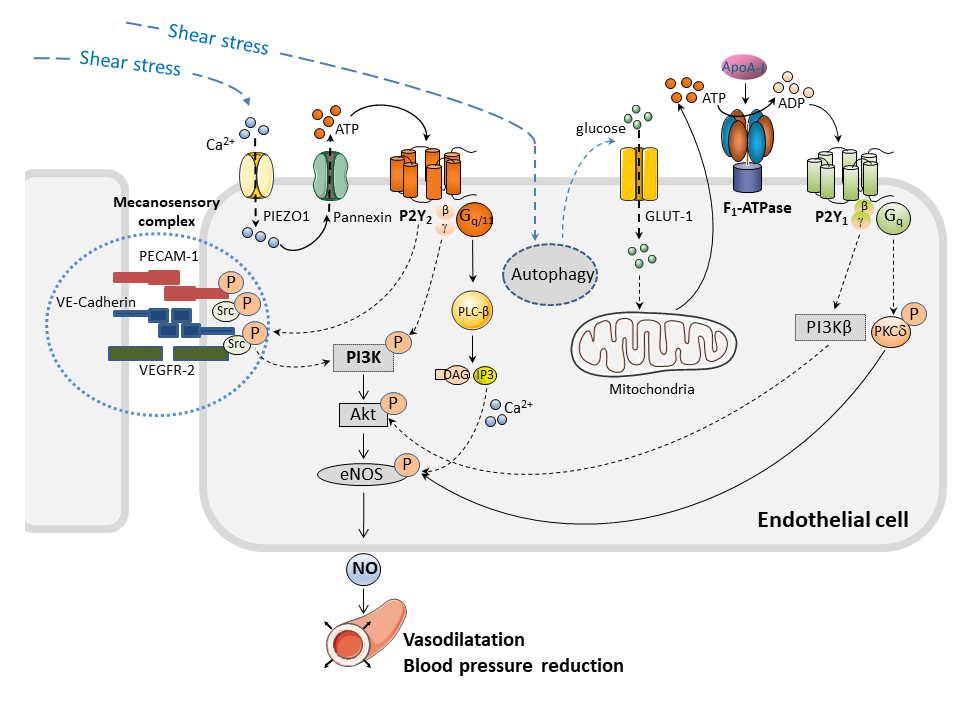 The endothelium plays a key role in blood vessel health. At the interface of the blood, it releases several mediators that regulate local processes that protect against the development of cardiovascular disease. In this interplay, there is increasing evidence for a role of extracellular nucleotides and endothelial purinergic P2Y receptors (P2Y-R) in vascular protection. Recent advances have revealed that endothelial P2Y1-R and P2Y2-R mediate nitric oxide-dependent vasorelaxation as well as endothelial cell proliferation and migration, which are processes involved in the regeneration of damaged endothelium. However, endothelial P2Y2-R, and possibly P2Y1-R, have also been reported to promote vascular inflammation and atheroma development in mouse models, with endothelial P2Y2-R also being described as promoting vascular remodeling and neointimal hyperplasia. Interestingly, at the interface with lipid metabolism, P2Y12-R has been found to trigger HDL transcytosis through endothelial cells, a process known to be protective against lipid deposition in the vascular wall. Better characterization of the role of purinergic P2Y-R and downstream signaling pathways in determination of the endothelial cell phenotype in healthy and pathological environments has clinical potential for the prevention and treatment of cardiovascular diseases